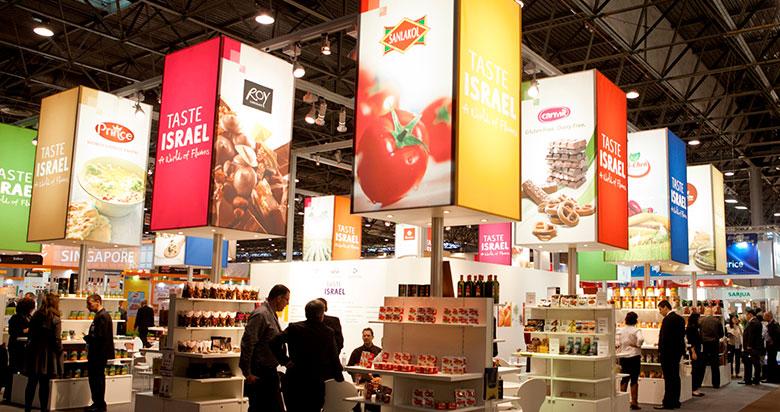 Submitted by Julianne Martin on October 14, 2019

Anuga is one of those trade fairs that need no introduction – it’s by far the biggest food show in the world, often surpassing its direct competitors such as Sial, Sirha and Vitafoods every single year in both visitors and exhibitors. It has grown to the point where it’s no longer merely a networking hub or a place to gauge new ingredients and recipes, it’s a major event that gathers the eyes of the entire culinary world. We need to look no further than the reports from the, as of the time of this writing, freshly concluded Aunga 2019, which broke every record it currently held. More than 170,000 trade visitors, a 3% increase from 2017, attended the 2019 edition, with more than 75% of them being foreign. In addition, 7500 exhibitors (more than 100 since 2017) presented their products and services, 90% of which from outside Germany. To top it all off, more products were presented this year than any other in its history.

What few people know, however, is just how deep and thorough that history is. It’s almost unbelievable that, despite all of these records the event broke, they weren’t even the biggest milestone it reached. Indeed, the most impressive part is that Anuga 2019 was the 100th anniversary of the fair, making it one of the oldest in Europe that continually take place to this day. To celebrate the milestone, the organizers behind Anuga released a series of commemorative materials, such as the 100 Years of Anuga in 100 Seconds video which reveals never before seen footage from the expo’s early days. Diving deeper into the past of one of the most influential expos in the world, it’s not hard to see why its organizers are intent on preserving it, as it’s one of the most fascinating stories from the world of trade fairs.

Just like another popular German show we’ve covered, Nuremberg Toy Fair, the history of Anuga is directly related to one of the worst conflicts in German history, in this case World War 1. Mere months after the end of the conflict in November of 1918, the Reich Association of German Delicatessen Merchants (which had already brought together to organize their own congress for over a decade) decided to put together a trade show to take place concurrently with their congress which would allow companies from around the country (currently struggling with a recession brought about by the war) to reach a new audience and potentially expand their business. As such, the first ever Allgemeine Nahrungs- und Genussmittel-Ausstellung took place in Stuttgart in 1919 – though very soon after the show would become more commonly known simply by its acronym Anuga.

That first show was a modest success, only attracting about 200 exhibitors. Still, it was enough to receive a certain amount of media attention, with Neues Tagblatt writing on the 29th of September that “it seems to be the right time for an exhibition where the merchants can inform themselves about the available offer." That was enough to convince the organizers to keep going, and for the next ten years it found new life as a touring show (which wasn’t at all uncommon for German trade fairs of the time). Before 1929 it had already visited Munich, Hannover, Berlin, Dortmund and many other major cities around the country. By far its biggest success, however, was in 1924 when Anuga took place in Cologne – that particular fair attracted 40,000 visitors and finally put the event on the map for many German food professionals. The fair’s success at the time was even attributed to the patriotism of Cologne’s citizens, with outlets calling attendance a “good German act” (“ein gute Deutsche tat”).

Unfortunately, the story of Anuga took a pause in 1929 due to the increasingly worsening political and economical situation in the country. We’ve all heard the anecdotes of how a loaf of bread cost 250 marks in January of 1923 and 200 trillion marks in November, and unfortunately, despite the huge success of Anuga’s Cologne edition, a food trade fair during likely the worst period of hyperinflation in the country’s history simply wasn’t sustainable. As such, Anuga took its last bow in 1929 in Kiel. It’s saddening to think that Germany went for decades without an event they’d grown so accustomed to, but the cancellation would eventually turn out to be merely a pause. In 1951, Anuga rose from the ashes like a phoenix, in no small part to meet the demands of the food industry which was the strongest it had ever been that century. Anuga 1951 took place – where else – in Cologne, attracting a record-breaking 250,000 international visitors, as well as 1200 exhibitors from 34 nations. That edition, perhaps even more so than the 1924 one, turned out to be the most defining one for the event, establishing it as a major business platform for the European food market. From that point on, Anuga was there to stay – and that meant staying in Cologne as well, its most popular location.

The trade fair would continue to grow and evolve in its next 70 years, hitting several milestones along the way (such as its “10 shows under 1 roof” concept it implemented in 2003 which continues to influence it to this day), and yet none were more defining than those in its infancy. Its early editions established it as a major force within the European food industry, and we can only hope it’ll be around for 100 more years!

Book Your Hotel Room for Anuga 2021