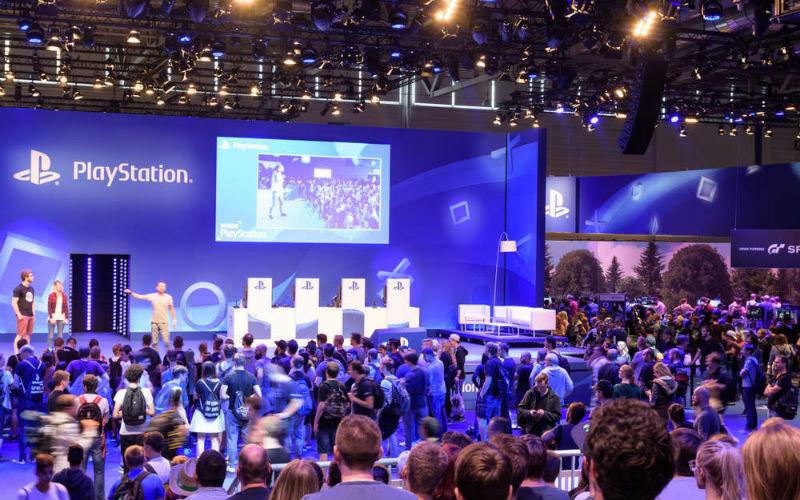 On August 20th 2019, Gamescom’s Opening Night Live ceremony took place for the first time ever. In order to commemorate the show’s 10th anniversary, its organizers (the German Game Industry Association, or "game") asked Canadian TV presenter and games journalist Geoff Keighley to prepare a special stage show that will take place in Cologne and will be broadcast live around the world. “The Gamescom guys came to me and said ‘Hey, we want to put together a little show to kick off this big week for gaming’,” Keighley explained during the ceremony. He recalled in front of the audience that he took on the responsibility of contacting publishers, developers and other big companies involved in videogames in order to secure exclusive trailers and footage from the newest games.

His reasoning for going through all that effort was simple – Gamescom was an important event to him, and he wanted to do his part in making the show even more special. His efforts ultimately paid off – the two-hour long opening night ceremony was streamed live on the Internet and watched by more than 500,000 viewers (with those numbers more than doubled through on-demand streaming afterwards). It was undeniably a great start for Gamescom 2019, and fortunately, the show was able to retain its momentum past its opening, ultimately selling more than 373,000 tickets – about five times the number of attendants visiting the biggest US gaming trade fairs like PAX and E3. It was a big week for gaming indeed, and interestingly enough, it almost didn’t happen.

Conventions have existed for as long as there have been reasons for people to come together, but for gaming the story begins in 1995, when the Electronic Entertainment Expo first took place in Los Angeles. E3, as it’s most commonly called, wasn’t the first trade fair to feature videogames (that honor would likely go to Las Vegas’ Consumer Electronics Show), but it was the first to exclusively showcase games, consoles and gaming peripherals. The big videogame manufacturers prepared accordingly, with numerous announcements from companies like Sony and Nintendo made at the event. Sega even took it a step further, announcing during their press conference that their newest home console, the Sega Saturn, was available “for immediate purchase” – with disastrous results, as none of the retailers the console shipped to expected the announcement or were ready to sell.

Even during its first edition E3 was helping shape the gaming landscape, and its popularity quickly led to an Asian equivalent in Tokyo Game Show. Europe, however, seemed to lack a big videogame convention, as no one was quite sure how to attract the big companies. Why convince Nintendo to unveil their games in, say, Germany or France, when they can do it in Los Angeles or Tokyo? As such, in 2002, the Leipzig Games Convention (or GamesCon) was launched, with the intention that it would be primarily focused on online games and e-sports (a newly emerging trend at the time). The expo featured some announcements, but for the most part its focus seemed to be on online gaming.

Unlike trade fairs like E3 or Tokyo Game Show, GamesCon was open to the public – which meant that anyone could go in regardless of whether they were an experienced professional or just a fan. This made the fair a considerable success, growing it to 185,000 visitors in just five years. However, it quickly became clear that publishers weren’t happy with its focus on online gaming. To many companies, GamesCon was their only chance to directly reach the average consumer, and they felt that the emphasis on e-sports could alienate many potential clients. As such, in 2008 German publisher body BIU (which represented companies such as Microsoft, Nintendo and Sony) announced that they would be ending their cooperation with GamesCon and would instead be moving to a new trade fair that would take place in Cologne the next year. That event, of course, was Gamescom.

Gamescom retained the strong parts of its predecessor (such as being open to the public), but removed the focus on online gaming and e-sports. In addition, its organizers made the brilliant choice of hosting the Game Developer Conference Europe (a prestigious event where developers can share their experience) in Messe Cologne concurrently with Gamescom, giving industry VIPs another reason to attend. As a result, the show’s first edition was an unprecedented success, bringing together 245,000 trade visitors – over 30% more than GamesCon. GamesCon itself never assembled again, opting for an online-only presence in 2009 and 2010 before disappearing forever. Gamescom, however, continued to thrive, attracting both gamers and developers from around the world. And with the success of the 2019 edition and its Opening Night Live, it doesn’t seem like it’s popularity is about to slow down any time soon.

Book Your Hotel Room for gamescom 2020