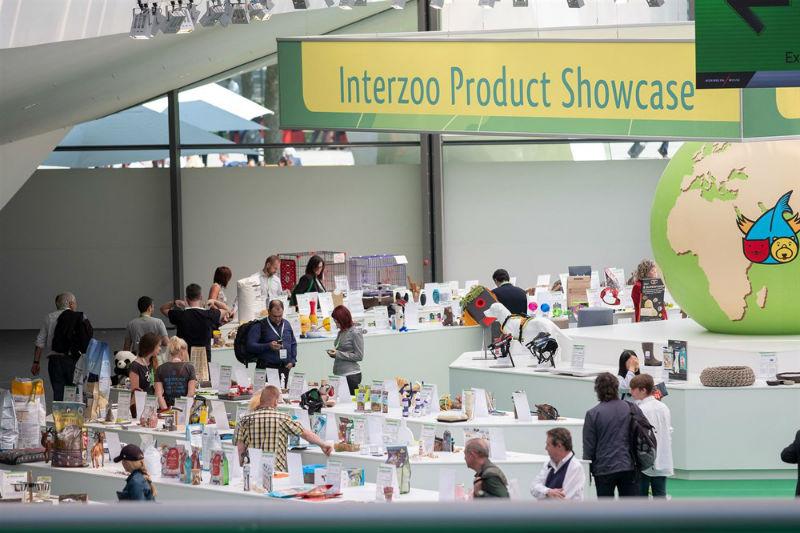 There’s plenty of big, international trade fairs dedicated to pet and animal products. Florida’s Global Pet Expo brings together 14,000 visitors annually, Bologna’s Zoomark – about 28,000 international guests. And yet none of them even come close to Cologne’s Interzoo, a biennial expo whose last edition brought together over 38,000 trade visitors and almost 2000 exhibitors. “Interzoo once again reinforced its position as the world’s leading fair in this field, and has become even more professional and international,” said Interzoo Exhibition Committee chairman Hans-Jochen Büngener.

Looking at the facts, it’s not hard to see what Büngener meant. While the number of visitors overall did drop very slightly from Interzoo’s previous edition in 2016 (by less than 400 people), the number of international visitors increased from 70% to 74%, as did the number of represented countries (from 61 to 66). While the overall number of guests probably won’t grow much higher than it already has, it’s clear that Interzoo has stayed true to its name and established itself as an international center and focal point of the pet supplies industry. Which, naturally, begs the question – how exactly did that start, and why are international guests so compelled to visit Interzoo year after year?

The story of Interzoo begins all the way back in 1953, when Dr Martin Tripp, founder of the zoological organization Zentralverband Zoologischer Fachgeschäfte (or ZZF) decided to create a small market in Frankfurt dedicated to animals and animal products. The premise was simple – Dr Tripp would invite various companies he had contacts with to sell their products at his “Zoobörse”, and members of the public would be welcome to purchase whatever caught their eye. Among the many visitors of Zoobörse was a little girl named Heiko Bleher, daughter of one of the exhibitors, who outlined her experiences at the event in a blog post. “There were about 100 traders from 40 West German villages and West Berlin,” Bleher writes – a humble beginning for what would eventually become the biggest pet trade show in the world.

Not discouraged by the low attendance, Dr Tripp decided to think bigger, renaming his Zoobörse to Zoo-Messe – a travelling show which would take place in a different city every year. The strategy worked, as word of mouth began to spread about the Zoo-Messe, and in 1959 the first ever international exhibitors came to Cologne from the Netherlands, alongside visitors from eight other countries. By the mid-60s, visitors from 86 countries around the globe were coming to the Zoo-Messe, and attendance was so high the expo finally receives the crown of largest pet exhibit on Earth. It was exactly that international attention which got the expo the name Interzoo in 1972 – and the rest, as they say, is history.

ZZF – the organization that Dr Tripp established – continues to host Interzoo to this very day, with a special committee organized within it dedicated exclusively to the organization and expansion of the event. Its current President, Norbert Holthenrich, claims that the international attention the show gets every two years can be explained quite simply – Interzoo simply puts more care in curating its show structurally. “As the association representing the German pet trade and industry, we still need to consider which products and services we can offer at Interzoo for the German pet and garden trade,” Holthenrich says, “to ensure that the fair continues to be an inspiring business platform that they find worthwhile.”

Sometimes the answer can be as simple as that, but there may be more to Interzoo’s continuing success. What isn’t often discussed are the fair’s continuing efforts to provide inclusivity for its non-German clients. While Interzoo is a primarily German event, meaning that visitors who speak the language will be able to make the most out of it, those who don’t aren’t entirely out of luck. Many of the presentations hosted at the expo will be held in both German and English, with slides translated in both languages and either the speaker giving out the presentation in both or enlisting the aid of an interpreter. Those same interpreters will also be available on the show floor, ready to assist visitors and companies as they make their deals. In addition, on the day before the expo, a special retail tour is held in English which takes English-speaking guests around the show floor, introducing them to a large selection of companies and also teaching them how to navigate the expo’s 13 halls in order to find exactly what they need. Interzoo’s website and mobile app are also fully translated in several languages, minimizing the barrier that non-German visitors need to overcome in order to make the most out of their visit.

It’s not immediately obvious whether it was those efforts, the extensive curation of showcased products or the fact that Interzoo established itself as an international trade fair more than 45 years ago that attract so many visitors from outside the country. Perhaps they all contributed a little to establishing Interzoo’s reputation, but whatever the cause, the facts speak for themselves – more than 93% of international visitors were able to meet their expo goals, whether that’s to familiarize themselves with the German market or meet new clients. And with thousands already pledging to attend Interzoo 2020, it doesn’t seem like the show will lose its gold medal any time soon.

Book Your Hotel Room for Interzoo 2020