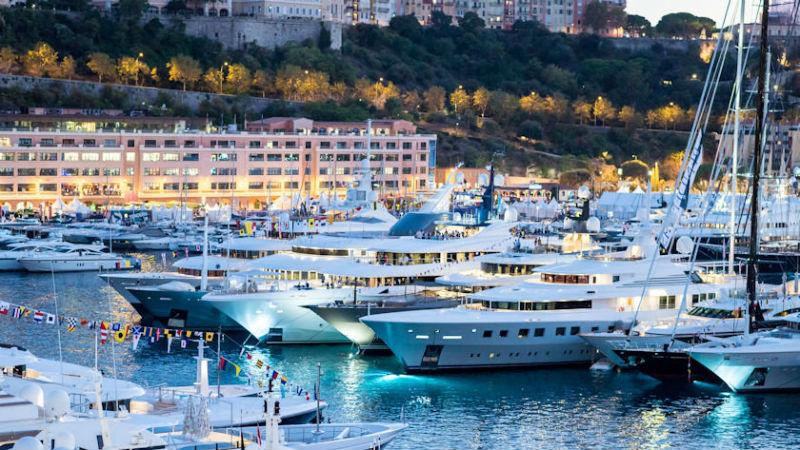 Submitted by Julianne Martin on October 29, 2019

Few events reach the level of prestige that Monaco Yacht Show has achieved for itself – since its inception in 1991, it has very quickly risen in profile to the point where it began to attract some of the wealthiest individuals on the planet as both exhibitors and guests. After all, how many expos around the globe can brag with having exhibits worth an estimated €4.5 billion on display? How many started out with the support and recognition of actual, bona fide royalty like Prince Albert II? How many encourage deals and sales worth hundreds of thousands of dollars straight on the show floor?

Indeed, Monaco Yacht Show gained a reputation as the pinnacle of luxury (as the organizers themselves are quick to point out on the event’s About page) practically since day one, rightfully bragging about how every year the high-end yacht industry focuses exclusively on Monaco, with dozens of world premieres, unveilings and VIP parties organized around Port Hercules. It’s not at all unfair to claim that the atmosphere at MYS is much different than that of most other trade fairs in the world, distinguishing itself with a sense of formality and high-roller entertainment. While we usually like to dive into different events’ backstories in these blog posts, we believe that the most interesting aspect of MYS is its atmosphere rather than its past. As such, we’re going to do something a little bit different and take you on a trip through its 2019 edition highlighting the most interesting events its guests got to experience during its four days.

For the overwhelming majority of the fair’s 30,000 visitors, the show began on September 25th. For a select few, however, it already started the previous day with the 4th edition of the Monaco Yacht Summit – a conference and discussion intended to provide top industry delegates with insight into various aspects of the superyacht sector. Tickets for the summit cost 650€, which might sound expensive, but the bigger show of the day is so exclusive you can’t even buy tickets for it. We are, of course, talking about the Inaugural Gala, probably the single most exclusive event in the yachting world, bringing together a mere 350 guests, every single one of them a VIP. We’re talking CEOs of major show investors, superyacht business decision makers and a select few hand-picked media representatives to report on the event. The purpose of the event is not only to kick-start MYS, but also to present the 6th annual Superyacht Awards, some of the most prestigious trophies in the yachting business. Once the coveted Finest New Superyacht Award was given out (to the 80-meter Excellence), it was time to begin Monaco Yacht Show 2019 for real.

While traditionally MYS starts in the morning, this year the event was pushed forward closer to noon, with the opening set for 11 AM. “The goal is to offer a timetable that corresponds better to the visiting times preferred by private clients”, writes Boat International’s Jennifer Read-Dominguez. In other words, rich people don’t like to get up early – we honestly can’t say that we blame them. In another change of tradition, there wasn’t any kind of official opening ceremony. Instead, holders of the Monaco Yacht Show Visit & Lunch Pass (valued at 350€ per person) are led into the Upper Deck Lounge of the Horizon – a high-end restaurant that typically charges 45€ per person for a coffee and a bottle of water. Holders of the Lunch Pass, however, are entitled to a “champagne welcome”, as well as a 3-course meal right in time for supper. Make no mistake, however – this isn’t really about eating at a crazy expensive restaurant. It’s about sharing a table with some of the richest, most influential people in the world – and probably talk about yachts in the process.

With the trade show officially started, it’s time to actually walk around the expo and take a look at the yachts… Emphasis on “look”, as you can’t actually touch any of them. Yes, not even the Lunch Pass will allow you the opportunity to actually get on board the many yachts on display at the event. That honor is reserved only for millionaires looking to buy, in case they decide to shell out for the premium Sapphire Experience, which doesn’t even have a proper price tag listed on the website, but Business Insider puts the price between 4700€ and 11,500€. This discrepancy stems from the fact that the Sapphire Pass is closely tied with the famous Monte-Carlo hotel, where Sapphire Experience ticket holders stay during their two-day visit. The better the room they picked is, the more expensive their ticket becomes. Of course, these sums are just pocket change for those looking to spend millions on a yacht – anyone else would be rejected anyway. Less than 200 people were even given the opportunity to purchase a Sapphire Pass in 2019.

What about the rest of us, though? Well, if you couldn’t get a Sapphire Pass or a press tour to get on board the boats, then all you’d be able to do is admire them from a distance like a common peasant. You could, of course, attend networking parties (if you received invitations) or browse the exhibits that are open to all guests, but everything about Monaco Yacht Show has been designed to appeal and be useful to only one group of people, which coincidentally happens to make up 32% of Monaco’s population – millionaires. The pinnacle of luxury indeed.