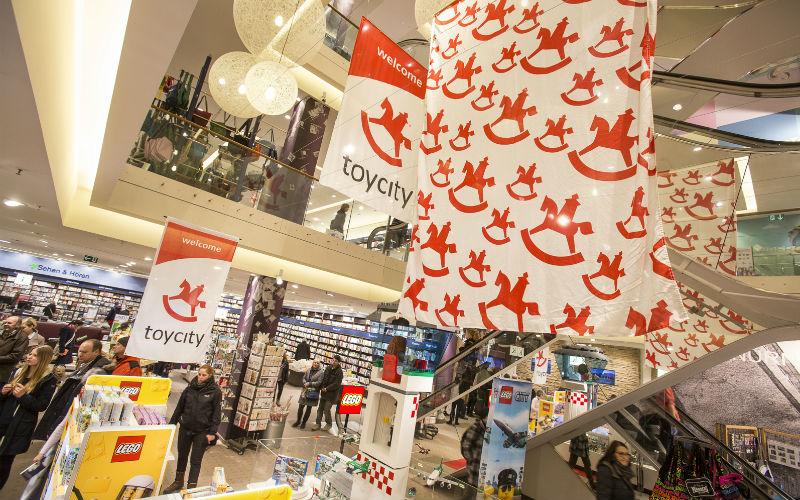 Let’s take a moment to return to Nuremberg in 1957. After twelve years of relatively isolationist policies and government, the German Democratic Republic is finally starting to open up its borders once again, slowly working on establishing ties with Western democracies. As a big step towards that, the Republic has just joined five other countries in order to establish the European Economic Community, which seeks to encourage trade between major European nations. The EEC’s effects would be felt immediately, and in the unlikeliest of places – the world of toys and games. During the opening ceremony of German Toy Fair 1957, Ludwig Erhard – the Minister of Economic Affairs – took the stage for a speech. His words would define the event for the decades to come: “I don’t want to see the word German here again next year”.

Today, Nuremberg Toy Fair is known as one of the biggest international toy exhibitions in the world, bringing together more than 70,000 visitors in 2018 – about half of which being international and coming from over 130 countries from around the world, by far the biggest ratio out of any other toy-themed trade show around the world. This is no coincidence, as over its 70-year history Toy Fair (or Spielwarenmesse) has worked strategically to establish itself as an international networking center, and to this day continues to be guided by Mr. Erhard’s influential speech.

One might imagine the story of a place called Toy Fair to be full of child-like wonder and magic, but unfortunately, its origins are rooted in one of the darkest periods in human history. World War II ended in Germany’s unconditional surrender in 1945, which in turn led to the country being divided into four parts, each under a different occupation. The entire economy of the country was tossed on its head in the partition, with many established businesses which established business connections suddenly severed by borders that weren’t there months prior. The toy industry was one of many struck by this new status quo, with most platforms for presentation and distribution of toys no longer viable in post-war Germany. Business relations needed to be re-established, contracts needed to be reformed, and the German toy business needed a single place to do it. Ultimately, it was decided that a toy fair would be the best place to do all of that, an event that can reunite the industry and serve as its networking center.

Four entrepreneurs from  the business worked hard for a year, and in 1950, the first Spielwarenmesse opened its doors to  over 4000 buyers and 350 exhibitors – rather unimpressive numbers today, but a huge success 70 years ago, securing the fair’s spot as an annual event. The expo served its purpose exactly as intended, quickly reuniting a divided market and getting the German toy business back on track. But there’s a limit to how much an industry can grow without international influence, and if there’s anything that became clear in the years following the war, it was that Germany needed the economic support of other nations to regain its strength. Before 1960, 12,000 visitors from foreign nations were invited to the fair from outside the country, leading to rapid expansion and growth throughout the 60s and 70s. In 1977, more than a third of all exhibitors were coming from outside Germany, cementing Nuremberg as one of the biggest networking hub for the international toy industry – a title it has proudly retained to this day.

Over the next decade, the expo continued to grow in both size and international influence. By the early 90s, half of all companies exhibiting at the event were foreign, and in 2019, 76% of exhibitors were came from outside Germany. “The Spielwarenmesse brings the best of our international toy contacts together,” said Ynon Kreiz, Chairman and Chief Executive Officer of the US company Mattel (responsible for many popular toy brands such as Barbie and Hot Wheels), and his opinion is backed by many other decision makers from around the world. It’s undisputed fact that one of the biggest advantages that Nuremberg Toy Fair has over its American, Russian or Chinese counterparts is precisely this diversity of exhibitors and products. While the international aspect of the fair may have only come about due to Germany’s political climate soon after the war, the fact that its organizers embraced it so thoroughly and stuck with it to modern day is precisely what makes the event one of a kind.