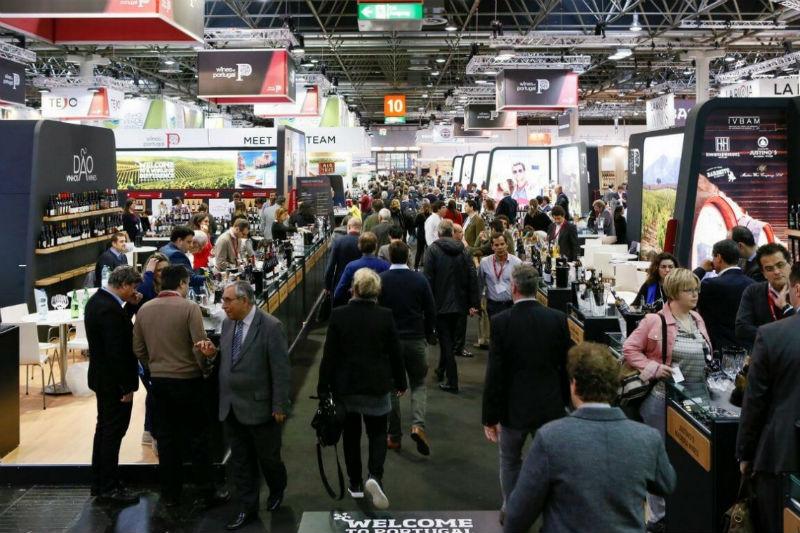 The wine sector is one of the most potent in the trade fair world, with every continent sporting dozens upon dozens of events. It makes sense – wines obviously can’t be judged entirely based on a catalogue, so it’s important for major breweries to establish meeting spots at which connoisseurs, press and members of the public alike can actually taste their newly released products and make an informed choice on what to buy. Every country in the world has at least a couple of wine tasting events and trade show that make exhibiting your latest wines easier and more convenient than ever before, and yet thousands of companies from more than 140 countries still travel to Dusseldorf, expensively bringing dozens of cases of wine along with them. An ordinary wine tasting event simply wouldn’t be able to attract so much recognition – but then again, ProWein is far from ordinary.

Today, ProWein has clearly established a reputation for being one of the most prestigious wine shows in the history of the industry. As of 2019, it’s the second biggest wine show in Europe, just behind Vinitaly, and ranks very high in the list of top wine fairs in the world. According to reports, the number of participants continues to increase every single year (from 55,000 attendants in 2016 to 60,500 in 2017 and then 61,500 in 2018), and so does the number of exhibitors, with the 2018 edition of the show sporting a record-breaking 6800 exhibitors. But how did ProWein get to where it is today? What exactly keeps compelling so many people – even from countries like the US and China that have their own large wine fairs – to return to Dusseldorf year after year?

The first iteration of ProWein took the place 25 years ago, and focused exclusively on French wines. This narrow scope was precisely what gave the event its name, with the organizers from Messe Dusseldorf choosing to call it ProVins (after the French word for “wines”). Eventually that scope would greatly expand to include other countries, with the current name “ProWein” adopted officially in 1997, and a big part to that was the expo’s humble attendance. ProVins 1994 managed to bring together a meager 1500 visitors and just over 300 exhibitors, all fitting quite comfortably into a single hall. Despite the small size of the event, however, its professionalism and dedication to the wine industry were unmistakable, leaving a memorable impression on its guests.

“I’ve been in Dusseldorf for the fair every year since the ProWein premiere in 1994,” says Carsten Schmidt, managing director of Weinladen Schmidt, a popular Berlin chain of wine stores. “The strictly industry-only concept and international offerings set ProWein apart from any other event,” the director stated. While the trade fair is technically open to the public, roughly two-thirds of all its visitors are decision makers looking to create deals, start partnerships and familiarize themselves with the best of the modern day wine market. “For three days, very concentrated and effective business goes on here”, says Hans Werner Reinhard, managing director of Messe Dusseldorf. “An extremely high number of orders were placed and a great deal of new business ideas were discussed”, Reinhard explains, and the numbers support him – more than 60% of all visitors were able to conclude at least one deal under ProWein’s roof last year, and 50% managed to find new suppliers, one of the highest rates for wine expos globally.

But the success of ProWein doesn’t merely lie in its professionalism, or in the amount of deals that its guests have been able to make there – though that’s certainly a big part of it. No, one of its biggest advantages is the unmistakable sense of community that the event has managed to foster, both within its walls and outside them. Every single aspect of the event, from its special exhibits like “Same But Different” (a special forum that debuted in 2018 and focused on ProWein’s regular visitors) to its vast event program that  gave the stage to the guests and exhibitors and allowed them to learn from each other, has been designed specifically to foster a sense of belonging in the expo attendants. To convince them that they’re not just experts there to make deals, but friends on an annual get-together.

This sense of community goes even on the streets of the city thanks to the ProWein Goes City initiative, which has been taking place annually since 2007. After the fair closes, numerous bars, hotel lobbies and establishments in the area of Messe Dusseldorf will host non-formal after-parties for the attendants. There are usually no deals done at these parties, no hands shaken, no business cards exchanged. The guests aren’t managers, directors, suppliers, brewers and other industry experts there to expand their business. No, they’re simply wine aficionados there to relax after a long three days, catch up with their friends and drink to a successful expo. And with such a strong sense of community, is it any wonder why so many pledge to visit ProWein every single year?

Book Your Hotel Room for ProWein 2020